Call to the World Congress for Human Unity 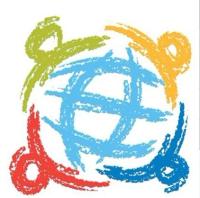 I am Manuel Herranz, president of HUM – Human Unity Movement. (www.human-unity.org) and I wholeheartedly invite you to participate in a global event to be held in the autumn of 2020 in which all humans deal and establish unity, that is; inclusive and joint decision making. The event would consist of a face-to-face Conference or Congress in Madrid of (the best) experts in matters related to human unity and in a universal, transparent, open and complete broadcasting of it.

If this message arrives to you, I beg you to spread it, I understand that it really concerns you and interests you and for now we are only the people with our limited resources the means of this call. Also your proposals or suggestions for improvement or publication or diffusion of it are welcome at info@human-unity.org

With unity we intend that the current entrepreneurship for damage (weapons, armies) or damage becomes absurd or contradictory (it would be harming oneself) and security and development are shared, common. With that logical understanding and according to that purpose, union is the unanimous will of all people and in this way each individual person and humanity as a whole will be responsible, cause and guarantee of unity. (You can get more information about our understanding of this project on our page and raise any questions you may have, for example at the bottom of this post)

During the congress we set out to establish a security and decision-making system for cooperation aiming at transparent, inclusive and joint development and for this we need a reliable and stable communication mean that facilitates the participation of all without discrimination, therefore, this is also an invitation to the companies or experts of the Congress Communication Working Group (see Congress groups at http://human-unity.org/congreso-universal/) to organize the event together with HUM.

Since the audience of the Congress is worldwide, the exposure of these media (like the other participating companies) is also worldwide and should facilitate their access to all markets, in addition to participating in the design of the future of communications and decision making with new developments multiplied by the release of resources so far destined for military purposes.

Indeed, at the end of the event, the human union must have taken form and vigor capable of moving the politicians of each state to coordinate in the universal union and cooperation and also in disarmament (simultaneous, joint, agreed, reciprocal …) for which a coordination team can also be formed in order to facilitate and ensure transparency, understanding and agreement. The investment effort of each state in its security or defense goes to companies according to the development priorities proposed by the Working Groups of the Congress and the current troops of the armies to deal with the most urgent development tasks until their complete demobilization (the police follows another process).

The impulse of unity is human (it should not be difficult what is natural), humanitarian and not political. We claim humanity, we refuse genocide, something that does not appear among the political actions / options, and we support the union without delay because we should not (consent) to harm so many people who are suffering it right now when we can avoid it.

Supporting human unity is equivalent to being part of all parties and suffering as our own the damage they infringe and this call demands the truce where there is conflict of any kind, international or domestic, public or private, although we call particularly to the people of West Asia.

The origin of every conflict among humans is ‘legitimacy’ of violence, which we will end together as soon as in autumn 2020, so it is no longer worth damaging to be entitled to it.