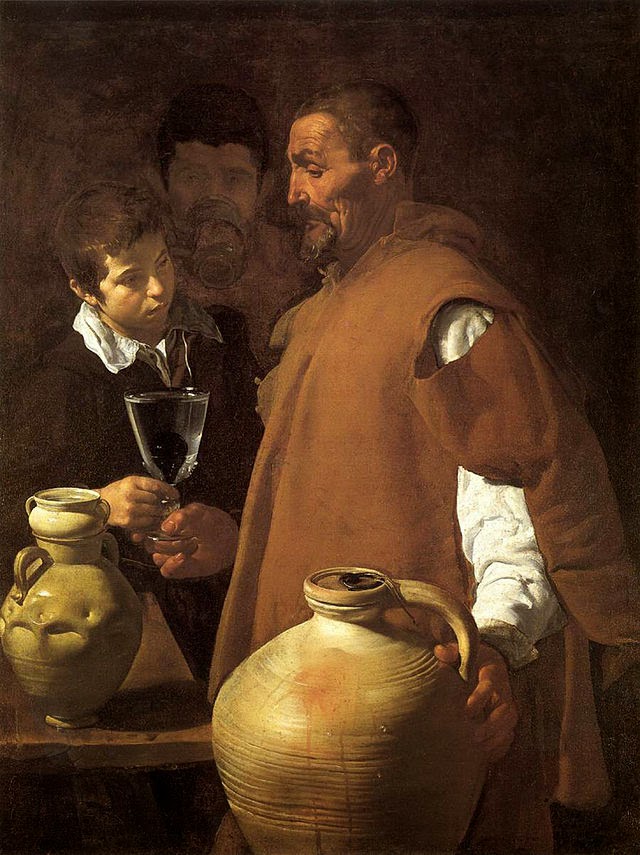 The economy has no much secret behind so much paraphernalia. Nothing better to understand it than its story. And best stories are those having the best scenario. And it is particularly good the one marking the Chinese economic experience because that experience was limited to an almost complete frame, it was a whole world on its own.

In this blog, we have talked about the great intellectual effort made in the Warring States period to achieve unity in China. A lasting peace should have been the so much expected reward for it. Nope. The Qin dynasty, extremely adapted to war by the Legists, could not live on in peacetime and collapsed 15 years after grabbing total power. The Han dynasty took it over and, excluded the Mohists, asked for assistance and advice to all schools of thought on how to keep stability and peace in the empire. Thus, those scholars described the trouble caused by economic processes imbalance resulting in peasant’s revolts and dynasty collapse or sometimes the revolts just paved the way for a foreign army to control China.

Once peace is established, social inequality grows and misery reaches more and more people until they rebel. As recorded by the Hungarian scholar, Balazc, the economic process is detailed by Han scholars in the following way: the growing affluence of superfluous goods means decreasing value for some vital goods like food, etc. and those only having a small piece of land can only earn for their own survival, then, a bad harvest, drought, floods, etc., force them to sell their land and become day laborers, their number inexorably grows, many become redundant, outlaws…., go to the mountains until they find a military leader and revolt…. The perception of this inexorable process is well referred by the solemn start of one the Four Chinese Classics, The Three Kingdoms: “The empire long time united must break, the empire broken must unite.”

A similar phenome is also described by Amartya Sen referring to famines in India by signaling that those famines in rural areas were not caused by the scarcity of food, but due to the imbalance generated by the cities’ affluence.

In the West, the economy´s processes were much more diffuse due to almost constant war engagements between different countries and coalitions. Economic processes, however, were analyzed in the XVIII and XIX century, mainly by Adam Smith and Karl Marx, both taking the state as a production unit (according with sovereign nation state system). While in China state officials’ utmost care was to prevent innovation and capitalism in order to contain as far as possible the inexorable inequality growth, European countries could export their surpluses and this is what it is happening now with China; once it integrated in the world market by the globalization, it might also export that problem of inequality/misery/insecurity to others while avoiding its own collapse.

Economy links us all humans, we are all in the same market now, but that market is not rationally regulated, just the states participate in it competing with one another. The only options or economic decisions to be made are unilateral, however, since the economy affects everyone, a plan was devised for the whole world. It would start with a unilateral change somewhere, a revolutionary state which would carry on and out that revolution followed by an all-out final war format meant to bring about a socialist world, where there would not be the private property of the production means and so would be public or common decision making (also weapons, armies would not be needed there, I suppose –they thought too). That model was based on the French Revolution expansion experience. Also, revolutionaries had a new faith in History as the progress towards freedom (Hegel Dixit).

In the middle of this final war, the cooperation between the SU and China ended when Khrushchev adopted appeasement with the US and the revolution/dictatorship/war stopped. Mao and Stalin had a shared vision –as also fascist’s regimes had understood well their purposes and manners. For Mao, Khrushchev`s Soviet Union was “revisionist”, and became a “bureaucrats bourgeoisie”, who had quitted his historical mission. Khrushchev´s motive was very good: that final war was to be nuclear. Moscow thought of Mao as a madman since he wanted ruthlessly to push it ahead. He was talking though about the revolution in rural areas….

In the end, the socialist block lost the cold war, in good part probably due to that divergence between the two giants, even more when China coupled with the US. The land for those who labor it resulted again in inheritance.

The idea around private property veils the concept of common sense developed much earlier. At this point, we have to study Mòzǐ again. He saw clearly that discrimination is violence (and in time would result in misery and revolts), but nondiscrimination was something impossible to follow or implement by the state since the state (the armed unit) is a command chain meant so to face other states likewise organized. However, today it is possible for us all to use common sense because we can make jointly and inclusive decisions and we can also follow or apply them at the same time, simultaneously, being it the missing link of the past.

Mòzǐ sees that all things shall be there according to its use. Weapons are there to harm, so they should not exist and they will not if we live together. The rest of the things, all are there to serve us, some of them are more beneficial for all than others, so those have to develop more. Its consumption meant to human wellbeing, integration and common goals is its reward.

Currently, what we call (particular or individual) happiness is actually a justification of how our bodies are induced to blind consumption since it results in added value and increase of competitiveness of companies and states. For that blind and irrational competition we need to increase all the time production, workload, abuse of Earth resources a go together at a faster pace to the abyss. Happiness is to be loved, my friend, and to love too, this is; to do effortlessly.

In our current state of alarm, even if we are protecting us by isolation, it would not work if we were not coordinated. But it would be even better if those measures concerning security were not taken by the states separately, but by Humanity as a whole. And it is the same with environmental and other issues faced by Humanity. Our condition of being separated in states is a historical development and it is our current situation but we, as persons, shall not deny ourselves such an overall human cooperation, now within our reach and only beneficial for all.

We tend to consider that since individuals and states are production units, our better or poorer performance delivers justice to each one. This cannot be the case with the pandemic, so we cannot appeal to that argument to also justify the status quo of unilateral decision making. Even more considering the virus spread as a hazardous development and not as something artificially created to disrupt economic rival’s performance as has been happening in history, obviously under secrecy.

We can deal together with the economic measures to be taken in order to face the effects of the pandemic since it also seriously affects the world economy as a whole. While the circumstances of rivalry between the sovereign nation-states will surely prevent us from taking the best measures to protect and save many people lives.

Big states meet sometimes to make decisions concerning the whole world, but they go there only to protect and enhance their own interests, there is no way for them to assume a human perspective. Our proposal, however, is to call the best experts to represent humanity interest as a whole, as a person when is hired by a company can easily represent its interests, and make proposals for a common inclusive decision-making system which can be corroborated by all humans to replace the current system.

Our proposal is an open and transparent Congress on human unity where we can already start using common sense to set up human cooperation. Our guarantee is that we can do it only simultaneously, this is to say, you can disarm only if disarmament is carried out simultaneously by all others so that there is no risk. And also transparency is needed, how could we cooperate if we do not share true information? And we have to start by sharing and spreading this proposal made by HUM – Human Unity Movement – www.human-unity.org