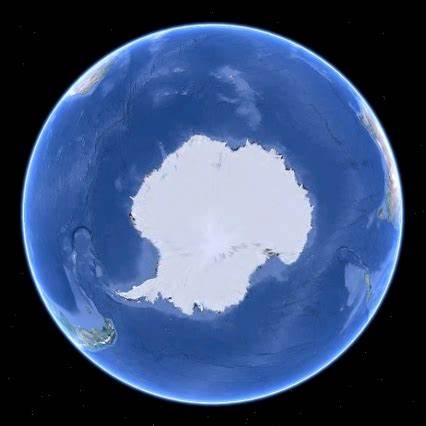 Regardless of the country and area of the world each of us was born and our history and experience, we can all understand, because we have common sense, that partial decision-making, separated and independent from others, necessarily results detrimental to those excluded.

Thus, the consequence of partial or exclusive decision-making is mutual harm, expressed in the borders’ tensions, the undertaking for harming, and war.

Likewise, the purpose of harming –the weapons, which are constituted in armies- carries with it secrecy, deception, and strategic projection. And not only this, but it also implies despotism, inequality, or injustice inside the armed unit or state, since it needs to be structured as a command chain, a pyramid.

But, if we make decisions inclusively, the consequence of it will be cooperation for the mutual and common benefit, while harming is prevented and avoided, as it would be the absurd situation of one who projects harm, produces arms, against himself or, worse, he actually harms himself -uses the weapons. And at the same time, inclusive decision-making carries with transparency, and thus, also equality and non-discrimination, that is; justice.

But inclusive decision making is even more beneficial than this; it leads us to always better cooperation for the common good since logically we all will support, promote and look for improvement in correspondence to that inclusive condition. And we will support universal love and each one´s perfection by influencing and helping each other because that will be our common interest.

Currently, each state looks after its own security, and that security is directly opposed to other states´ security because if one party improves its ‘defense’, its weapons, others are objectively threatened and harmed by it.

And more than this; the general development of one party, directly and indirectly, undermines the independence and possibilities of the others. States can only cooperate with AGAINST others, cooperation for common development or common good is not an actual option for them.

We see how states are unable to face pressing Humanity problems; beyond the fact that they are not willing or capable of ending with extreme underdevelopment and poverty despite having ample means to do so, they are not capable of facing challenges that may soon lead us all to a global disaster, such as climate change, environmental problems, pollution of sweet water and the oceans, or we see also their inability to allow a neutral digital information flow…. And yet, in the meantime, they are representing us.

However, except for weapons whose aim is to harm, everything else is there to serve and benefit us. But, again, weapons or, rather, armed units or states, deprive all things and subordinate them all to their aim.

So, if we unite, if we make decisions inclusively, we will not only make weapons redundant, unnecessary, but everything else will be for our service and benefit because we, humans, have the same standards or criteria on what is useful, and this is what habilitates common sense and enables understanding. Once we know how something is used, we know its purpose, we also know how to improve it, how it can be used, by whom, etc. etc. with objective criteria, and this is the actual application of justice or non-discrimination. As we see, most products are usually the result of different people’s contributions. There is no other problem among us humans than the arm.

So, we state with certainty that:

-To continue promoting partial decision-making is to harm oneself (and others).

-To promote inclusive decision-making is to benefit oneself (and others).

Love or hate, benefit or harm do not depend on us, on our will, they are the product of our circumstances; partial decision-making inevitably generates hatred and destruction -probably unavoidable in the past when humans lived in an unknown world- while inclusive decision making or universality -which now is possible- brings along (universal) love.

This being the case, there cannot be any person in her mind who opposes universality or inclusive and common decision-making, and if she does, if she opposes, it is only due to some alienation or self-deception and we must help her with sincerity and patience because the benefit of universality is self-evident and can be proved.

But, beyond that, since no one really wants harm – since harm´s definition is “what one does not want”, we take for granted that we all want inclusive decision-making and, even so, we are not able to make it, to benefit ourselves; this means that it is necessary to delve deeper into the problem to see what is the root cause of our impotence when trying to replace partiality by universality.

The answer is simple and it has been enabled by globalization: with everyone´s open and non-discriminatory participation under conditions of equality and transparency.

For this reason, we are convening a meeting, a conference or congress of the best and most recognized experts in various areas of common human interest for them to present their proposals for an all-human cooperation system and some immediate tasks, such as development, climate change, environmental problems, etc., and then publicly discuss and debate there those proposals and reach the best possible agreement binding and committing the entire humanity on how to go on living together.

Therefore, the Human Unity Movement, HUM, www.human-unity.org is already organizing it and is waiting for a meeting with the Madrid City Council to set a date and a place where this meeting, congress can take place physically, if possible, and to be broadcasted worldwide transparent and openly, admitting each person´s suggestions, proposals, and participation. Once we fix the date and place of the event, we will be able to start announcing it officially worldwide and issuing the invitations to the participants. We think the meeting can take place in about one and a half years when we hope the pandemic is over and also with time enough to properly communicate it worldwide and prepare it well.

However, decision-making remains subordinate to the state, to the armed unit, since that armed organization or that willingness to kill and destroy generates ‘peace’ as we know it in the present. The state declares all weapons and violent enforcement non-subordinate at its command illegal, outlawed, and its task is to destroy and eliminate it, whether it is internal to the state in the form of terrorism, crime, etc. as also those weapons that are outside the jurisdiction of that unit, as other armed units or states are not allowed to interfere there.

So that, although the experts and any participants contributing to the congress might well intend to present their proposals on behalf of humanity, they as everybody else remain subordinate, subjects to their own sovereignty or partiality and we risk that either no agreement or consensus is reached in the congress or, if reached, we will not be able to carry it out.

The root of the problem is the arm, which eventually kills and destroys, but also it is actually and permanently harming us by depriving us of freedom and common sense since no person could agree, even if she wanted to, to be forced, deprived of freedom or autonomy.

Indeed, even before any reasoning or logical thinking, we perceive and experience things intuitively, we understand people putting ourselves in their shoes, and we perceive objects by virtually incorporating them, and in the arm´s case we can only consent its representation holding it, but we cannot stand facing it because it implies our own negation, as a person with a will or, even, physical annihilation.

And the problem is exacerbated because the will to harm cannot be exposed. So that it turns out that arms are mostly invisible (even if they are human´s top product anytime and anywhere), they are always justified, they only react to other´s aggression, they appear when there is war as if by chance they were there…. And it is also normal it to be so because the vision and the information they emit are unavoidably partial. This is how, according to Cervantes, “letters ‘confess’ to arms”, this is, to the specific armed unit allowing them to be or not to be -published.

Thus, the basis of common sense is to see, to realize that all weapons are equal, that a weapon is all (possible) weapons. Trying to eliminate only nuclear ones or propose only defensive state security is unrealistic and, therefore, inefficient.

As long as the arm acts, dehumanizes us making us its objects and we have nothing to do against it – we are just not free, we will continue to deceive ourselves and harming ourselves. For this reason, we need to put them all under a single command, a human command that makes them redundant, useless, since they are only meant one because/against another (or we could also say; the arm is by itself). Only by putting them all under a single command, we stop our top urgency and priority to rearm ourselves and disarm the other, and only then we can use common sense and understand each other.

Only the arm´s submission to humanity, with all the armies’ under a single head, our disarmament is also the other´s disarmament, so that real disarmament is first possible. And disarmament and cooperation are the two sides of the same coin.

After the above, and because of it, I, Manuel Herranz Martín, born in 1961 in Campillo de Ranas, Guadalajara, Spain, claim and assume responsibility for all the weapons in the world and require immediate ceasefire and universal stopping of hostilities in order for Humanity to assume its own destiny.

Indeed, the sole control on the arm –any object, structure, etc. whose purpose is to harm- does not imply anymore as always in the past domain or power on people, but liberates all, because only in this way nobody faces any arm determining him, depriving him of his will.

And only if we are free we also equal and responsible for DISARMAMENT which follows arms unity, while unity also supplies the needed transparency for disarmament rational execution; with guarantee, safety, reciprocity, proportionality, etc.

Disarmament is cooperation for human welfare and progress, this is; the dismantling of borders and recycling of huge resources now used for harming; just this year 2020 weapon´s expenditure is 2 trillion dollars ($2.000.000.000.000).

A pacific and single control on all armies is the only way to Humanity´s liberation, and if a person considers herself more able than me to assume it, please, let us know, because, this decision as any other, only wishes and seek the best for all. Therefore, we make transparent and open decisions, and are only glad and happy about any correction, improvement, because it is good for all.

Please, share this info, allow reality to be public, because freedom is now possible, and if you want to contribute to our liberation, please, contact me.

Thank you very much