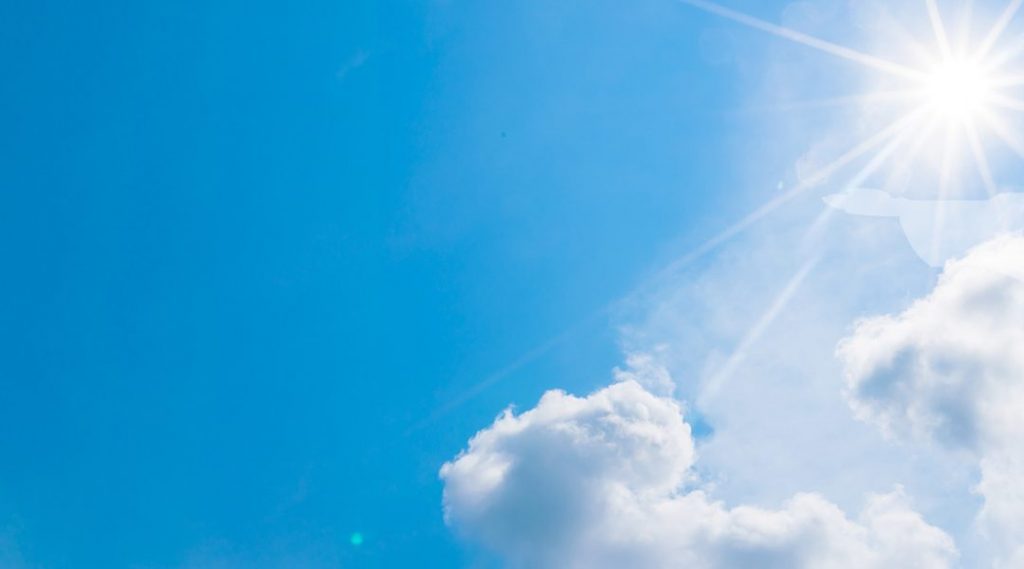 The expression Heaven´s will (天志 Tiān zhì) by Mòzi is an important part to understand Mozi´s doctrine, however, in China students only know from Mòzǐ Universal Love (兼爱 Jiān ài) and Against Aggressive War (Fēi gōng 非攻). Those two doctrines allow for a refutation of Mòzǐ´s philosophy, while Heaven´s Will is not to be refuted since it is sustained by itself as the model or standard of Universal Love, but, on the other side, it is just speculation without any possible demonstration.

We found before the expression Heaven´s Mandate (Tiānmìng 天命) used by Confucius, most probably originated in the Zhou or even previous dynasties. That Mandate is transferred and executed by the emperor or Heaven´s Son. Mozi´s expression ‘Heaven´s Will’, however, does not imply order or mandate, but a will, a desire expressed in some given rules of justice without any executive designs. It is very similar to Western’s Logos. But, let us give the word to Mòzǐ so that he can explain it.

The information we get from the triads can be summarized as follows: Mòzǐ advices about how reckless it is to offend the one supplying order, this is, Heaven. And “what Heaven desires is justice”, meaning that on Heaven´s part, he “will do what you want”, which is to benefit and avoid calamities. And, what is justice? No discrimination, same as injustice is violence. In the second triad, Mòzǐ points out the supremacy of Heaven over the Son of Heaven and again advises about the convenience of following his will: “in the world, those who lack humanity are unfortunate” because they do not love universally as Heaven does; they are ungrateful since “everything is there for human benefit”. Mòzǐ also repeatedly exposes Heaven as a human standard for justice in the same way as the compass is the standard for circularity or the pendula is the standard for verticality. “What is Heaven´s will? Mòzǐ asks in the third triad: To love all the people in the world universally. To follow Heaven´s will is to be universal and to oppose Heaven´s will is to be partial, because universality is justice and partiality is violence”.

After reading Heaven´s will triads we understand that we, people, are invited to follow a kind of natural law, we all understand, emanated from Heaven´s will and not from the Son of Heaven as the rulers and Confucians affirm. But we have some more interesting expressions about Heaven´s will in the dialectical chapters. They are so-called dialectical chapters because they do not express or imply vital or historical situations, but just speculative reasoning which makes them more difficult to understand and translate from old Chinese.

In the Major Illustration, (Dà qǔ 大取), it is said that Heaven´s love to humans is more inclusive than wise man love to humans. And later we learn that also spirits are wiser than wise men because they can see for long periods of time, so spirits previewed the cauldrons lasting for many centuries overcoming dynasties, whereas men can only think of shorter periods of time as allowed by their lifetime.

Later, in the same Illustration, Mozi says: “It is right to speak of Heaven intentions regarding the tyrant (despotism)? To blame Heaven’s will for the tyrant existence is wrong because it would be to take what people condemn as right. Choosing what is bigger of what is beneficial, there is an alternative, but choosing the least of what is harmful there is not alternative. Choosing what you do not have is choosing the most of what is beneficial (universal love), but to leave apart or discard what one already has is choosing the least of what is harmful. This is to say; the tyrant is not the result of choosing (alternatives). And this was Mòzǐ’s world as it is our world, a system of partialities and also, therefore, of despotism.

This is all, I think, about Heaven´s will in the Mòzǐ. Now, I think convenient to refer it to the last paragraphs of the Canons (經 – Jīng), namely, B72, B73 and B74 in Canon II (According to other accounts which join the two Canons those are 174, 175 and 176). Those Objections accuse Mòzǐ’s teaching as perverse (opposite to nature), the three referring to the impossibility of knowing the world limits, the number of his inhabitants as also those people whereabouts and circumstances (B74 is not complete but easy to figure out).

Own translation -from Spanish 🙂

C: ‘Without limits’ does not exclude (prejudice) the ‘universal’. The explanation lies in being completed or not..

C: It is not about to know the number, but to know its completeness.

E: No. Objection: If you do not know their number, how do you know that loving people can be completed?

Answer: Some are excluded in the question. If you question people exhaustively, then you love exhaustively to those questioned. Then, even if you do not know their numbers, you understand that loving exhaustively does not present difficulty.

Even if you do not know where are your children, it does not prevent loving them. The explanation is seen in the lost children.

With it in mind, I would like to make a very meaningful and relevant contribution to our time on the understanding of the Mòzǐ. Why tyranny (despotism) has no alternative (in its actuality)? Because we live in a partial world and, consequently, a world ruled by violence and deception, where despotism is most suitable for it. Now, Heaven´s will is universality, but it does not come from Heaven´s mandate, it is something we have to arrange by ourselves.

The question is that unilaterally we cannot apply universality. How could we make inclusive decisions without knowing whereabouts, circumstances, opinions, desires, and interests of those we want to include? Furthermore, pursuing universality under the condition of partiality is not only impossible but perverse because it results in harmful for whoever seeks it. As long as humanity or the total of human beings are not simultaneously participating in universality, trying to make inclusive decisions or to adopt a human behavior brings about only ruin and defeat because confrontation does not stop if only one side wishes it and, consequently, the other side goes on using deception and violence as under the usual condition of partiality.

It is very clear that the Objection we have just seen about the world limits comes from the Legalist school. Legalism most probably understands common sense, but also sees that cultures, peoples, nations need to differentiate and for that need, they use some different elements from common sense and far from human behavior (as, for instance, the different gods in every Polis or state in old Greece, when Socrates was condemned for not believing in his city gods, he probably made them a laughingstock and so he was corrupting the youth). Every state, every partiality uses an exclusive communication system generating his own, partial account of History legitimating itself and also a knowledge inequality and a hierarchical or pyramidal command system, inducing fears or ‘pleasures’ (consumption) in the people as other ruthless strategies needed for efficiently confronting the enemy, organizing for war and manipulating people as it is particularly exposed in chapter XI of the Art of War by Sunzi; Legalism applies it in government.

Legist scholars not only held this view but rigorously demonstrated this efficiency when implemented their model in the Qin state which defeated all other six Warring States in just 10 years and unified China.

Indeed, Mòzǐ´ s answers to the Legist Objection regarding universality or universal love impossibility -since the world and its inhabitants are unknown- are actually somewhat lofty and perhaps somehow able to refuse the charge of perversity, but still powerless about the possibility of substituting partiality by universality by all people simultaneously. They take refuge to sustain their doctrine in Heaven´s will which is independent of real (space, time) conditions.

With it, we have arrived at the point where we can represent us Mòzǐ’s Heaven´s Will. We have studied that gods or myths were there to apply some form of causality to phenomena we could not understand. Now we know that partiality goes along with war and deception, while for establishing universality we need transparency, openness, inclusive decision making, cooperation, something we cannot accomplish unilaterally, exclusively, or even no simultaneously. Universal love is indeed desirable, but impossible, therefore Heaven´s will was needed and came up. -Such things might happen sometimes with Mohism like talking about spirits.

Today, however, Heaven´s will has become irrelevant and unnecessary, as we can actually see in the scarce new information supplied by Heaven´s will triads; it was there to supply the lack of actual contact between humans, to fill up the ignorance on the way to overcome those communication difficulties. (This could also be the case of the Christian God which emerged in a similar atmosphere of widespread cosmopolitan understanding in the Roman and Hellenic -Alexander´s- empires.

Today we all know the limits of the world and the people in it and their circumstances and whereabouts too. Also, we can immediately communicate with each and all of them. Now it is a question of calling them all to set up a human community considering everybody´s interest according to common sense, nondiscrimination as it was always envisaged by all wise people on Earth in history. So that making inclusive and no discriminatory decisions, we can all dedicate our entrepreneurship, endeavors, and cooperation to the benefit, advantage, and progress of Humanity, of each and all persons in the world, instead of being mutually and tragically forced to dedicate all our efforts to (violently) oppose others, fighting with windmills, as it has been up to last night.

Indeed, the question is very clear, Mòzǐ` s sound and healthy proposal of replacing partiality by universality, has to be put in place in an agreed, universal and simultaneous manner. And for this, all we need is to convene everyone to a public forum, to the public place, where our only tool will be common sense, of course, human sense, and with it, we will set aside unnecessary fictions, configurations, and beliefs which, even if always discriminating, many times no bad intended, but candid and naïve. Common sense (based on objective purposes) will give us a way to universal cooperation and love.

It is very important to understand though that some people with better understanding and capabilities can represent humanity first; those wise people or, according to Cervantes expression, discreet people. Those who understand (beliefs’ function) and are tolerant and, therefore, are not going to offend others and will love them anyway. Because they know those beliefs were created to cover ignorance or specific shortcomings of the past and are still alive in many people. But we know now that it is time to call for that universal forum of common sense with intelligence and wisdom with not one less.