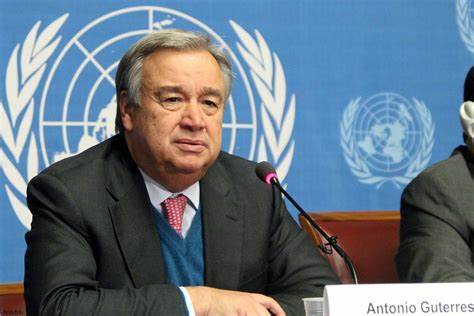 My name is Manuel Herranz, I am the president of Human Unity Movement, HUM.

HUM first initiative has been to call for an open and transparent Congress of experts to deal with the establishment of human unity because, if we unite within an inclusive decision-making system, we will only pursue the common good and avoid, prevent and renounce mutual threats and harm. For me, disarmament (peace) and human unity are the same.

However, that Congress has been canceled because it is unavoidable to face first the arm. Now, the UN is organizing a Disarmament Week between Oct. 24th and 30th. According to the website of the event, that week is included among other so-called Observance days. “By creating special observances, the United Nations promotes international awareness and action on these issues. Each international day offers many actors the opportunity to organize activities related to the theme of the day. Organizations and offices of the United Nations system, and most importantly, governments, civil society, the public and private sectors, schools, universities and, more generally, citizens, make an international day a springboard for awareness-raising actions”. Particularly, “the disarmament Week seeks to promote awareness and a better understanding of disarmament issues and their cross-cutting importance.”

For the UN, however, disarmament is not a goal as those included in the 2030 Agenda for Sustainable Development, such as “end of poverty, affordable and not contaminant energy, gender equality, clean water and sanitation….” Just, as it is mentioned in the Disarmament Week website, of the 17 goals of that Agenda, the 16th aims at “peace, justice and solid institutions”, where it is added that it is necessary to “considerably reduce the illegal trade of weapons in order to achieve peaceful, just and inclusive societies”.

And the website on the Disarmament Week goes on: “Throughout history, countries have pursued disarmament to build a safer, more secure world and to protect people from harm.” Well, could it be a mistake? No, it is not. It is that the people talking about disarmament here have been chosen by and under the supervision, if not direct command, of the states, the world legal armed units.

All humans, not only the UN employees, are at the mercy of the states´ supply of means to live. Nowadays states are made by the armies which won the past wars because those defeated no longer exist. Therefore, those states and armies reward individuals according to their contributions to their power because they have to keep winning and grabbing more resources, and if possible, dispossessing and exploiting other states or armies. Even in the outer space anything available is exclusively under the control of one army or another.

Therefore, we understand that the UN website on the Disarmament Week refers to specific weapons’ disarmament, most probably according to the great powers’ interests since they are the UN’s main sponsors. For instance, it opposes nuclear weapons due to its great destructive power, but probably its main point and commitment is to prevent and avoid other states apart from those already nuclear from obtaining the bomb so that they cannot harm them or become able to compete with them. The site goes on opposing illegal weapons’ trade; this is, the trade out of control and benefit of those states sponsoring the UN.

Perhaps by the occasion of this Disarmament Week, we could question some arms that deploy great military power in areas very far away from the countries’ border, such as military bases abroad, or the proliferation of aircraft carriers and submarines, many of which carry nuclear warheads.

We can go on adding questions on this issue from our intelligence and common sense. Indeed, if we use now common sense, we can hardly accept that “throughout history, countries have pursued disarmament to build a safer, more secure world and to protect people from harm”. Maybe they have said they were looking for it, or they have recommended it to others. But what is clear to our eyes is that countries, states or armed units permanently pursue the opposite; they arm themselves as much as they can. Certainly, they want to ensure peace for themselves following the old motto si vis pacis parabellum (if you want peace, prepare for war; this is, arm yourself as much as you can), but in this way, together “they have built an absolutely unsafe world incessantly in History causing incommensurable harm to people”.

The arm is an object to kill and consequently, it is perceived as a death threat which can only be avoided by submission, or deterrence with another arm. Subsequently, arms are the top human production anytime and anywhere, the peak of human technologies and achievements, and strategies are the most important business for humans. The armed units are the basic form of human associations, groups tied in a pyramidal command chain.

Since arms are to kill, to discriminate some ways of killing from others as the UN does has not much sense since an arm results in all possible arms; life or death, freedom or submission depend on the arm. By admitting some arms, violence is also legitimated and preserved, but any violence is not only hateful but impossible to be (willingly) acceptable by those who suffer it. What is actually achieved by violence is depriving people of their own will, of their own decision and consequently, if they had at any point an option, they will deny that legitimacy, also most probably by using violence.

So, do not let us deceive ourselves with words; any violence is all the violence, and in the same way an arm is all possible arms at present and it will be so in the future. But, if we think in depth why the intention to kill can be legitimated and approved, there cannot be any other explanation than that others, other countries, other armed units have objectively the same intention.

Consequently, many intelligent people of the past, such as Mòzǐ in the East and the cosmopolitans in the West, without any relation between them, understood that human unity is Humanity´s salvation. Mòzǐ observes that inside the community common sense is naturally used; this is, all people unanimously condemn harming others inside their community and, for instance, nobody would think of producing anything to kill inside the community. That was also envisaged by the Western cosmopolitans: “Humans shall not live in separate systems of justice”, which Plutarco said is the key and single idea of Zeno´s masterwork The Republic. Zeno was the founder of Stoicism and a follower of the Cynics, also cosmopolitans.

That Republic was ‘lost’ and the Mòzǐ was hardly saved among the Taoist books. Not only was human unity impossible in the past, but also such knowledge and doctrine would undermine the interests of the state allowing its publicity, therefore we almost do not have references of it nowadays.

But the Mòzǐ questions the limits of the world and its inhabitant’s whereabouts because human unity, which is the same as disarmament, can only be implemented simultaneously. In our time we can propose human unity because we can reach all humans in the whole world without harming anybody’s interests, neither person nor state, and nobody can refuse it.

The question now is how to replace our system of around 200 armed units or states in the world with human unity and inclusive decision-making. Since the only reason for the arm is to be against each other, it shall be first put under a single command. This single command is no longer a new kind of enforcement, violence; it is the end of violence since at that point any violence would be to exert it against oneself.

And, on the contrary, the single command of arms brings about disarmament and inclusive decision-making based on common sense and the available scientific knowledge to achieve human integration and common development. Another crucial difference is that for disarming we need to disclose the truth and do no to hide any harmful purposes anymore. There is always transparency in our dealings and our knowledge and technologies are available to all so that everyone can equally participate in the open, transparent, and inclusive decision-making.

All this open and transparent information exchange can be centralized and coordinated by the UN starting with this message, because the UN has the most suitable means for the task, such as translators, communication links with each country, etc.

Currently, rights are granted by the state, and therefore the state rewards those who increase its power and its killing and destruction capabilities or help to decrease those of the enemy. But being Humanity the one granting rights, it can reward more those who contribute more to its aim which is the common good.

But possibly at a certain point, we will not even need any reward or incentive because to benefit Humanity is to benefit oneself; and the wish to benefit Humanity will be our natural tendency since our character is not hazardous, but cultivated by community or society we live and develop in. And the people in that community around us will logically encourage by all means the union of our humanity with that of all human beings as a whole.

While currently, forcing and conditioning people is crucial because actually killing and harming others is not only very dangerous but repulsive to human empathy and common sense. This contradiction is shown and felt in every country where (political) arguments need the appeal to common sense regarding the needs and the plights of fellow nationals, but it does not care about the plights and needs of other humans in other countries which exposes its incoherence, if not hypocrisy.

Once we renounce the object for harming, killing by uniting, all other objects are there to serve us and, therefore, the use of resources will be according to common sense; this is, according to each object’s use, its own purpose which shows us by whom, how, when….it shall be used, where private property, the cession of state sovereignty on the resources, is redundant.

Dear Mr. Secretary-General, I am asking you hereby to communicate to all states and world citizens that I am assuming command on all armed units and I am requiring each armed unit’s acknowledgment of my command, under the condition of this acknowledgment by all of them. I have clear thought and feeling that to benefit Humanity is to benefit myself.

I am assuming and proposing my command because I understand it is convenient for us all and we all agree about using common sense, human common justice, instead of using arms and violence which reproduces itself out of our control and makes us all equally serve them against our will.

Our guarantee regarding human safety and security is that disarmament cannot be carried out if not jointly and universally –otherwise, unilateral disarmament is surrender, and is not real disarmament. Disarmament must be universal, it has to be agreed, jointly carried out, reciprocal, and proportional and under the condition of transparency, because the arms, defense, and attack systems are not arbitrary, they are facing the threat posed by others, so that we must reveal this mutual relation and jointly eliminate it, and this is also valid for the relation between the need of having police and the existence of crime and delinquency.

I hope this proposal is of your interest and you have a positive reaction to it responding to me, I am first of all at your disposal for clearing or detailing anything.

Thank you very much for your attention