PEACE IS OUR BUSINESS (SEPTEMBER 21st, INTERNATIONAL DAY OF PEACE) 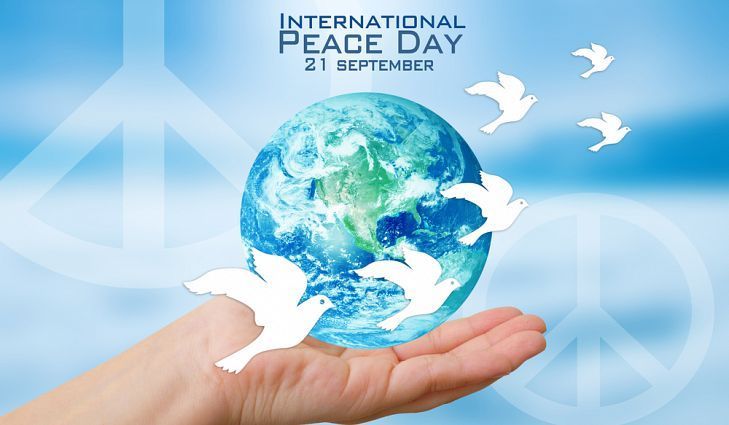 Yes, it is our business, because, unlike other issues, such as climate change, gender-based violence, etc., on which the ‘people’ asks and urges the authorities (of the states) with demonstrations, strikes and pressures to enforce ‘measures’; peace is human unity and, consequently, it calls into question state sovereignty.

Indeed, peace is unity or the system of inclusive and joint human decision-making, instead of the partial decision-making of the states, which inevitably leads to their confrontation. Unity makes damage or entrepreneurship for damage absurd and human activity is limited to cooperation for common benefit. And yet in unity we, people, are still the cause, responsibility and guarantee of peace, for we ‘outlaw’ violence, that is, any association whose purpose or effect causes harm to others.

Despite how obviously beneficial such a relationship of universal cooperation for the common benefit would be for all people, proposing human unity involves questioning state sovereignty and therefore cannot be exposed to public opinion which is partial ( limited to the population of a state), where the information is generated or controlled by it. What people know, think or talk, but what’s on TV and newspapers? Everything else vanishes. For this reason, the convening of a Universal Congress on Unity, even without the support it needs, visualizes that this questioning is projected and has a universal reach, as it needs.

But what does it actually mean that states cannot question their own sovereignty? It is not a theoretical question or an abstraction; it means that the state cannot consider a joint command over all the armed forces of the world including their own so that the dissolution and elimination of all weapons follows, because weapons are only one because another. (Certainly this possibility has only become possible in our day with globalization, but a lot of thinkers, then hidden or misrepresented, both in the West; as the Cynics, the Stoics, the monotheistic religions, etc., as in East; Mozi, Confucianism, etc., clearly perceived that unity is the only form of peace, even without knowing the limits of the world or its inhabitants – while we now know them well).

However, today 21 September we celebrate the day of peace, a wish of all, but whose condition is ignored; the agreed union of the armed forces under a single command (as those of Iran, the US, China, the Taliban, Russia and about 200 more there) because of their unity, in whatever form, it is their dissolution. The question to our will in this regard puts us in the right position, in the disjunction between being a ‘people’ of a state, the (legitimate) violence, or humanity and peace, the ‘illegitimacy’ of all violence, which makes us free and interdependently sovereign people.