THE RIGHT TO BE FREE 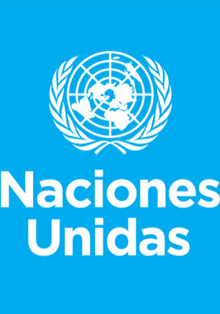 THE RIGHT TO BE FREE
II HUMAN RIGHTS FORUM (AT THE 71TH ANNIVERSARY OF ITS DECLARATION)
HUMAN UNITY MOVEMENT, HUM, SPEECH BY MANUEL HERRANZ

Dear friends, thank you very much for your presence. Many thanks to the Rioja Center for organizing the event and also my deep appreciation to the distinguished speakers: Mr. Joaquín Acuña, president of Peace and Cooperation, Mr. Emilio Ginés, of the UN Committee for Torture Prevention and Mr. Enrique Gaspar of the Instituto Seda España.

Human Unity Movement, HUM, whose sole purpose is to promote and achieve human unity and inclusive and joint human decision making, wants to claim on this day a new and most needed human right: The right to freedom.

PRAISE OF THE RIGHT TO BE FREE

The right to be free shall be the first human right because, without it, if others decide for us we cannot even agree with it, even if we would like to since we don’t have the right to agree or to disagree.

And even more important; without the right to freedom we are not responsible nor can we ask for responsibilities to anyone.

Until now the right to freedom was not possible because the world and its inhabitants were unknown and, therefore, inclusive decision making and universal cooperation were not viable. Although the expression ‘more inclusive’ is often heard, in the real world the only alternative to exclusion or partiality is inclusion or universality and there is no intermediate point between inclusion and exclusion or partiality and universality.

Exclusive, partial, sovereign decision necessarily causes contradiction and confrontation between those who are mutually excluded. This circumstance brings about that defense is the greatest need and priority and therefore societies were necessarily organized as command chains, as hierarchical or pyramidal systems and this is, precisely, the way and form of denying personal right to freedom.

WE NEED THE RIGHT TO BE FREE

Today all human are connected, all humans are actually living together and we have the conditions for inclusive and joint decision-making, but we also find out that the current obstacle to peace, harmony and common well-being –those being the consequences of inclusive, join decision making or human unity- is that we do not have the right to freedom.

Given that without the right to freedom, current rights are enforced by violence, their implementation can always and only correspond to the strongest party, so that the result of the application of human rights is not the fairest or most human but that one according to the interests of the strongest state.

Worse; human rights implementation is just adding evil to evil. Once some human rights are not implemented or are violated, the way of dealing with those cases is just punishment, destruction.

Besides, law is no human. It does not see what any human eye sees; this is a bad intention. The law does not judge on armies and weapons production and development, or on international blockages, or on provocations or threats, and in general, all strategic decisions meant to dominate the other, to put the other party at mercy by whatever means, either by threat or by deprivation.

The reason why we are claiming the right to freedom is to be able to unite, to set a system of join and inclusive decision making so that consequently we will not produce or undertake for damaging ourselves and/or violate humans rights.

Also, inclusive, universal decision making will no longer be conditioned by the need and priorities generated by the parties’ confrontation relationship. Inclusive decisions will be meant only for human benefit and well-being of each and every one of us, thus including the true implementation of all other human rights.

Today we have within reach the possibility of peace and harmony, the problem turns out to be now that we have no personal freedom, we are constrained to positive law, the right subordinated to the state, the right subordinated to partiality so that we are limited, we can only choose what refers to our part, which unavoidably is discord, confrontation, and war and we are not allowed to be concerned about humanity we are already living together with and we are able to make peace and cooperate with -this is really a scandalous abuse.

– This is not an abstraction; the questions posed by the state to the people are constrained to its borders and its purposes, those emitted by its communicators, its media, and its televisions. The public sphere is limited to that frame preventing humanity in us, prevent human feelings from its free and natural flow. Not only are the questions rigged but also the answers.

We, those supporting human unity or joint and inclusive decision making, are followers of an ancient Chinese sage, Mozi, who was already promoting human unity, universal love, 25 centuries ago. He would say: “If you love someone, it does not mean that you love all people. However, if you do not love someone it does actually mean that you do not love anybody because in this way you are forcing all people to take sides: your side or his side…”

Thus, when we have the right to freedom we are going to take care of each other because that is certainly our most beautiful and finest natural disposition, that is why this same philosopher, Mozi, also continually said that human union was Universal Love and that it was Heaven’s Will which had arranged it that way, in spite of opposite ideologies talking about evil in human nature and thus justifying the chains.

– Chains of Zeus rule on humans we have lived imprisoned with so far, as ancient Greeks put it. Indeed, Greeks were well aware of the terrible inhumanity in which we all live in, pushed or forced to fight and kill each other, but now we can finally overthrow Zeus rule on us and set up the human rule on Earth and in Cosmos as was foresaid and announced to men by Prometheus.

Well, dear friend, thank you for your attention to my talk. Obviously, what I said was a joke. How can be there a right to freedom? That makes no sense because the law is given to you by the government or authority to which you are precisely a subject so that claiming the right to freedom to somebody else is an actual contradiction.

Indeed, freedom can´t be but a personal decision. It is about assuming personal sovereignty the actual way to become free and our human-unity movement is made of free people because only in this way we can propose human unity to each other, without nationalities discrimination, specifically supporting the Human Unity Congress.

How can people refuse to be free? Once we invite people to be free, everybody will join and cooperate with us, each person from her current political, social position; the poor and the rich, those from below and those from above in the current command chain, those on the left and those on the right, those from the north and those from the south, we are all the same, all good people, able to understand, willing to cooperate for human unity, just many do not know about that freedom is possible now. Another thought you might have is wrong, I assure you. As Mozi well says: it is the Will of Heaven, it is arranged this way: all´s interest is precisely the interest of each one of us.

Now you can be free!