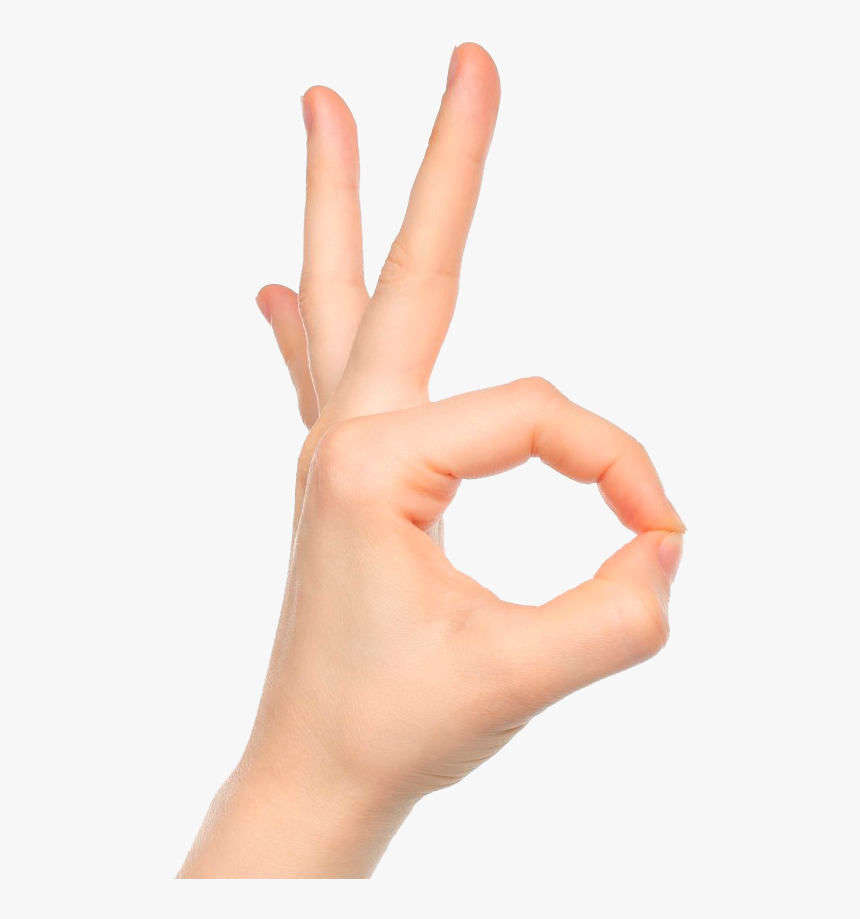 The Greeks attributed to the Gods the warring relation between human beings, and logically, no to their stupid or absurd will to harm themselves, but they also put in Prometheus’ words that one day we would overthrow our cruel masters.

This prophecy is human unity, the human inclusive decision-making, which consequently prevents and impedes the (mutual) harm and brings about only the cooperation for common good. While in the past when the world and the people in it were unknown, the decision-making was necessarily exclusive, and in consequence, mutual damaging and war was inevitable.

Now then, how to achieve unity, overthrow the cruel Gods, lords of heaven or the word? The rebellion should then begin with a sign, as you see in the picture, the joining of the forefinger and the thumb in a circle, manifesting the will to unite and that this union is of the whole Humanity.

The current divine order is maintained by the USA, the winning arm in the last big conflict or the Cold War, but the arm of China now develops as lethally or even more than the USA with greater rapidity and much less cost, and soon it will have more destruction capacity to thus impose its rule. The first terrible conclusion of it is that the later the USA (intends to) militarily destructs China, the less possibility it would have to win, once other ways of impeding that arm’s growth have been failing. Perhaps it is prudent to warn here that it is uncertain and little probable that they would reproduce the MAD (mutual assured destruction) model of the Cold War which was based on a one-to-one relation, given the actual nuclear proliferation and other factors related to the interdependence caused by the globalization.

The USA looks for assuring the discipline of its allies to maintain the Western hegemony of the last few centuries, but paradoxically, the one most benefited from the globalization facilitated by the international liberal order has been China, which causes certain ideological chaos that is noticeable in the acute opposite stance of the two parties in the USA. Whereas, the Russian and Chinese ideological media promotes the multilateralism, intending that the EU and other satellite allies be independent from the USA, moreover, taking advantage that some of the means proposed by the USA against China and Russia harm their own interests. Just see, for example, the case of South Korea and the democracy alliance for the microchips that would result in losses in their principal and most promising market, China, which is of crucial importance for the competitivity of any company or business.

In the unstoppable military development of China, the coverage given by Russia, the defeated but not destructed arm in the Cold War, has been of great importance, with which, unlike what happened to it in the 19th century, China has overcome its mortal isolation in facing the Western arms. This alliance has also been crucial for the Russian arm, because its capacity of nuclear destruction of the world would include the destruction of itself; while its cooperation with China has allowed it to undertake a conventional war against Ukraine and so containing the advance of Western arms towards its border.

The development of the current Chinese-Russian cooperation illustrates the essence and manifestation of the arm and that the states are first of all arms, in aggressive and permanent development, and then everything else. These two communist friends, the Soviet Union and China, who wanted to liberate the world from evil, the capitalism, and transform it into a paradise, were impotent to cooperate, despite the fact that the Soviet Union offered everything to China, except what was China’s/Mao’s main interest, the possession and development of atomic weapons, which would make China ‘more’ independent. While the posterior cooperation of China and the USA, based on their joint opposition to the Soviet Union, didn’t generate that obstacle. And now, what is happening, on the contrary, is that those who were enemies join forces again to fight the common enemy. This is the world and this is what we can expect from the relations between the arms, or states, instead of some type of figurative or ideological destiny. Unlike the relations between people, in the relations between the arms or states, the harming purpose predominates over cooperative relation, as we mentioned in the previous post when quoting Kant in his Perpetual Peace characterizing the states’ relations as the absolute evil. As is said by the Spanish intellectual Giménez Caballero among other similar examples, the basic principle of international relations is that your neighbor is your enemy, and therefore, the neighbor of your neighbor maybe your friend. Following this, I want to add here that it is wrong the common saying that what kills is not the arm but the people holding it, because it is not a decision but a need to destroy what otherwise will destroy you or take away your freedom, prevent you from making your own decision.

Despite the fact that the evil nature of the arm is obvious and despite all the evidence manifested in its multiple features, where we humans are no more than cannon fodder of the big arms, whose merit is not bravery, but their geographical location, the information means, the God servers, hide the arm’s nature, disguise it, make us believe like children in goodies and baddies, or faithful and unfaithful, and make us assume the impossibility and incapability to put an end to the war and perpetual destruction, and our condition and need to contribute to it.

An arm is for killing and destroying a concrete target, as is manifested by the point of sword, bullet, missile, etc., and also by where it aims and to whom it threats. For instance, the Baltic countries pointed their arms at the West when they formed part of the Soviet bloc, but now, they are pointing at Russia, designing strategies and contemplating how to cause the greatest possible harm to it, a process of change that is been taking place also in Ukraine. There are not isolated arms but concrete arms acting for the harm and incessantly looking for causing more harm, and the target to which that harm aims and threats knows it, and thus is forced to respond in the same manner, and both do all they can to limitlessly reinforce themselves.

Still, we accept this craziness as necessary, signing up with the goodies, praying, and believing in ideas, because we cannot tell us all that the arm is the origin and cause of our discord and the threat of mutual destruction, which impedes any type of reconciliation in case of conflict and prevents cooperation even for solving common problems, such as environment deterioration, fighting against climate change, etc.

The problem is that we still keep worshiping the Gods, as it is required by our integration in an arm or state, and we are not allowed to use common sense, because it is humane: A Columbian suffers from hunger or thirst in the same way as other people from other country, but the Columbian media will only care if the Columbian suffer or starve. Is it not contradictory to appeal to humanity while limited to an arm’s territory? Today, when we have the option of mutually and universally proposing to renounce and eliminate the objective purpose of harm of the arm, which is clear to each one’s own eyes, it is necessary to reset our relations as humans and unite to be able to jointly proceed with the dismantling of the armed units or the system of hierarchical submission, which will dignify us and make us all equal. For that, we are appealing to all humans for an open and transparent universal Congress to set up human unity, inclusive decision-making.

But the first and most important thing now is to understand that this unity and Congress should be the result of the will of the people as such in equal terms, according to our similar capacity to judge, with which we judge and understand the objective evil purpose of the arm, and for that your will is equal to that of the king or the president. Being so first liberated from the predominance of the arm, the armed unit to which we belong, we can proceed, since if we leave this issue with those that order us, we put them in contradiction, because according to their previously given task, they are there to serve the arm, since the expression of the arm among humans is the hierarchy in an armed unit. What we want to say here is not that those people don’t have that same capacity to judge, to contribute like the others or even more from the position they occupy, but in the call for unity, our state representatives are not our representatives, neither we are different from those people from the other armed units.

Unfortunately, the means of communication or information are dependent on the states, and therefore, to announce the alternative to war is still difficult, but not impossible. It is about to spread the human unity proposal which is for the whole Humanity and that allows us to practise humanity, which is a feeling of empathy that refers to all human beings, including animals, that we shouldn’t and don’t want others, whoever it is, to suffer, since we can put ourselves in their shoes and we don’t wish them what we would not like for ourselves and we wish them what we would like for ourselves. This feeling and knowledge naturally surpasses any other thing and is real as we see it in the suffering of the people in Ukraine, Russia, Yemen, Palestine, many parts of Africa, etc., witnessing their youth being assassinated. But we should also know that it is everyone’s responsibility, mine and yours, and it is the responsibility of the people that are noticed about the alternative of human unity to save them now.

Therefore, we propose as the signal of human unity, human peace, reconciliation and communication among equal people the sign as you see in the picture, a circle formed by the forefinger and the thumb, whose union shows the unity will, so as the circle represents the union of the whole Humanity. So that, it serves and helps us to achieve peace, especially among those who don’t speak the same language, or to face the Gods that put us one upon another and one against another to fight and kill each other without an alternative, and maybe we have already been arranged for the final annihilation, before that this sign can be our defense.